Machine Learning is used for various hard practical problems, such as the safe control of autonomous cars that have to navigate a cluttered and dynamic environment, without bumping off cyclists and running over old people trying to cross a village road.

There are also other more entertaining uses for it, such as the creation of bed-time stories for your grand children.  (Yup, I'm that old.  I started learning programming FORTRAN on a Univac with punch cards, eh.  Now get of my pennisetum clandestinum... :).

Go to OpenAI ChatGPT and make yourself a free account: https://chat.openai.com/auth/login

Write a short story for ten year olds. Scary government people created a video of a moon landing and will catch you if you deny it. 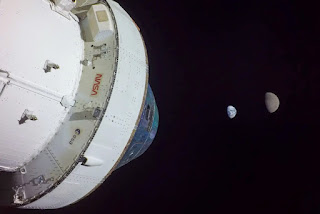 Give the protagonist two buddies with distinctly different personalities.

Once upon a time, there was a young boy named Jack who loved watching the stars at night. He dreamed of one day becoming an astronaut and exploring the moon.
One day, Jack's teacher showed the class a video of a moon landing. It showed a group of astronauts walking on the moon's surface and collecting rocks and samples.
But Jack had his doubts. He didn't believe that the moon landing was real. He tried to tell his classmates, but they all thought he was crazy.
Luckily, Jack had two friends who believed him. One was a shy and timid girl named Alice, who was always afraid to speak up. The other was a bold and brave boy named Max, who was always ready for adventure.
Together, they decided to investigate the moon landing and find out the truth. They went to the library and did some research, and they discovered that the video was actually a cleverly made fake and that the government had been lying to the public for years.
They also learned that many people who questioned the moon landing had disappeared without a trace. They knew they had to be careful, or the government might catch them too.
Jack, Alice, and Max came up with a plan to expose the truth to the world. They made their own video and posted it online, showing the evidence of the fake moon landing.
The government was furious, but they couldn't stop the truth from spreading. Soon, the whole world knew that the moon landing was a hoax.
Jack, Alice, and Max were heroes for standing up for the truth, even though it was scary. And they all lived happily ever after.

Given the distinct lack of effort required to specify the story line, the result is quite entertaining and if the rug rats are not sleeping yet, then you can generate another one in seconds!