The eternal question:
Which is better - EMACS or Vi?
OK, this post is actually about the other eternal question!
As I use Linux, Mac, Open and Free BSD (Yes, and that other ball of wax too...), I think I can answer objectively:
Both OpenBSD and FreeBSD are reasonably easy to download, install and run on pretty much anything. At least, I have not found a server/desktop/laptop computer that it would not run on.  I even ran OpenBSD on a Sparc Station - remember those?

Theo De Raadt has a 'cut the nonsense' mentality so OpenBSD is simpler, with a smaller repository of programs, about 30,000 packages. However, with a little effort, you can install FreeBSD software on OpenBSD to get the rest. After a few days of use, you will know how.

The best OpenBSD book is Absolute OpenBSD: UNIX for the Practical Paranoid.

In general, OpenBSD feels a lot like Slackware Linux: Simple and very fast.

FreeBSD can also with some effort, run Linux programs and you can use a virtualizer to run other systems, so you are never locked into one thing.

FreeBSD has a gigantic repository of about 50,000 programs and it has very good documentation in the online FreeBSD Handbook.

Compared to OpenBSD, Dragonfly and Slackware, some distributions look fancy and are very slow - there are many reasons why - see below.  MacOS obviously falls into the fancy and slow category. So if you want a Mac replacement then you first need to decide whether you want a fancy or a fast system. 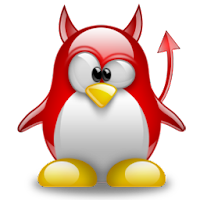 My preference is to install a reasonably fast system on the host, then use a virtualizer for experiments and work and I frequently run multiple systems at the same time.  All the BSDs are good for that, be it Open, Free or Mac.
My home use system is a Macbook Pro running the latest MacOS with the Macports and Homebrew software repositories.  I even have the XFCE desktop installed, so when I get annoyed with the overbearing Mac GUI, I run XFCE, to get a weirdly satisfying Linux-Mac hybrid.

Linux is the step child of UNIX, which took over the world.  Of the Top 500 Super Computers, all now run Linux.  My work engineering system is an ancient Dell T420 running the latest Fedora Linux on the host.  All my machines have Virtualbox and a zoo of virtual machines for the rest.

Note that the Mandatory Access Control security systems on Red Hat and Debian distributions slow them down a lot (in the order of 50%).  If you have to have a fast and responsive system and can afford to trade it for security, then turn SELinux or AppArmor off.

For the control and remote sensing systems of robots, aircraft and rockets, the worst case OS latency matters very much.  For low latency, nothing beats Linux, since the whole kernel and all spinlocks are pre-emptible.

On average, all OS's have the same interrupt service latency - a few tens of nanoseconds.  However, every once in a while, the latency will be much worse.  In the case of Linux, the worst case will be below 1 ms, but for Win10, it can can be 20 ms and for Win7, 800 ms.  The trouble in robotics and remote sensing, is that you need to design for the worst case.

I have observed a dotNet video player on Windows 7, after a couple days of uptime, stop dead for two seconds, every 8 seconds - obviously not good for a remote sensing application.  Windows 10 latency is much improved, though still a little worse than Mac OS, which has 2 orders of magnitude worse latency than Linux - see below for why this is.

(Intentional performance degradation was worst in Windows Vista and has been dialled back a bit since).

What is the Performance Problem with Windows and Mac OS?

It is not that MS and Apple don't know how to make a real-time OS.  They are not allowed to do it.

The reason why, is in the US export regulations.  Windows and Mac OS have a Mass Market Exemption (EAR 5D992.c).  This is necessary because MS, Apple and the US State Department simply cannot process billions of export licenses.

Windows and Mac OS therefore contain special code to degrade the performance slightly when you try to process multiple video and audio streams - see the above paragraphs on latency.  With a single stream it works, so it is good for home use, or for a musical band, but it is not great for high performance systems.

If you would use Windows or Mac OS for one of the above disallowed functions, then MS and Apple are not allowed to support you and in the extreme, they may even be forced to completely boycott your country (North Korea, Iran...).

So, which OS is best?
It depends on what exactly you need to do with your system...
:)
Herman
Posted by Herman J.H. Oosthuysen at 9:20 AM