The iconic song of Meatloaf could be the theme song for the Covid19 epidemic. 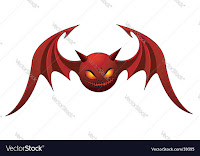 Right from the start, I pondered the following issues:

I think that I was one of the first wave of Europeans to catch the Covid19 disease around 20 November 2019:

We were sitting in The Muse restaurant in Ras Al Khaimah, UAE and at the next table were a small group of Chinese people, who were coughing their lungs out.  I thought that I really, really didn't want to get that and of course, the next week I had it.

I became violently ill with bronchitis and on the fourth day of fever and coughing, I thought that I should go to a hospital, but I was too wobbly and sick to drive, I did not know how to call an ambulance in the UAE and I would make everyone else in the hospital sick - so I toughed it out, used more antihistamine and paracetamol and the very next day it started to abate.

The above 4 day progression (and the 'Long-Covid' symptoms over the next year) has since been confirmed by younger relatives and others who had 'mild Covid19'.  In Italy, researchers found SARS-Cov2 virus in blood samples taken from cancer patients, from September 2019, so it was in the air long before February 2020.

Now I am pondering the next level:

However, the most amazing thing to me, was how much control the US has over the world media.  They must be paying many reporters the world over to spin their story, since everyone, even in the CBC, BBC, Guardian, Sky etc, spun the exact same yarn and censored any dissenting commenters.  Now finally, with TDS (Trump Derangement Syndrome) slowly abating, papers are reluctantly beginning to blame Dr Fauci at the NIAID for funding the gain of function research in Wuhan.

So, the old coot at the head of the whole hullabaloo was (indirectly) responsible for it all and that is why Dr Fauci was not replaced by someone else - nobody else wanted to be responsible for his mess.

Every president, prime minister and high ranking medical official, tried to cover it up and did not want to tell the world populace that the nice US Tax Payers paid for this damned disease and all the damage it resulted in.  Were all the main political leaders the world over paid off to walk the walk and talk the talk?

Thanks Uncle Sam for your most annoying super common cold disease and I hope you lot had a nice Memorial Weekend to think about your sins.