It's The Final Count Down...

The Twelve Years of Doom
In a couple decades, will we look back at the present climate and other scares and laugh, or will we all be extinct in 12 years? Not 11, not 13, exactly 12 years.

It is probably wise to be a sceptic, or a just a realist, but clearly, many people find it much more fun to be alarmist.


The recent New(?) Corona virus finally caused some relief from the Global Warming Alarmists, by giving everyone something even worse to worry about.  People are not used to getting sick anymore.

In years gone by, Smallpox periodically killed anywhere between 30% to 90% of everyone in a community - in each outbreak, tens of millions of people died.  Nowadays, a few million people die from Malaria each year.  One and a half million die of TB, while Influenza kills a few hundred thousand per year and now we are all going crazy over a few hundred thousand deaths from a lung infection.


What to do?  Wash your hands regularly.

Take your multivitamins, especially Zinc and Vitamin C, irrigate your sinuses with saline - all those improve your mucus membranes.  Wash the floor with a little bleach - don't drink it...

G&T Treatment
Best of all - There are indications from China and France that Quinone + Azithromycin helps against these viruses.  So stock up on Gin and Tonic! (Tonic Water really contains a very tiny little bit of Quinone, which is of course unlikely to do anything, unless you drown yourself in it.) 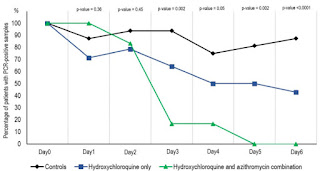 "Hydroxychloroquine provided a 66% hazard ratio reduction, and hydroxychloroquine + azithromycin 71% compared to neither treatment (p < 0.001)."
"Hydroxychloroquine, an antimalarial and immunomodulatory agent and a safer analogue of chloroquine, has demonstrated antiviral activity against SARS-CoV-2. (Wang et al., 2020a, Liu et al., 2020, Yao et al., 2020, The cardiotoxicity of antimalarials - WHO, 2017) It is postulated to exert a direct antiviral activity by increasing intracellular pH resulting in decreased phago-lysosome fusion, impairing viral receptor glycosylation."
https://www.ijidonline.com/article/S1201-9712(20)30534-8/fulltext

So, yeah, contrary to the Trump Derangement Syndrome suffering US press corps, HCQ actually does work against Covid19.  Fortunately, most doctors already know that and don't rely on the popular tabloid press for medical information.

Towel Week: Don't Panic!
The Corona viruses (Common Cold and Pneumonia) are extremely contagious. You only need between 1 and 30 of them to get ill.  So it is almost impossible not to get infected.  What mostly kills people is not the viruses, but their own immune reaction to it, which in some people go into overdrive, leading to multiple organ failure.
So if you do get sick, don't try to tough it out - suppress the symptoms with common over the counter medication: Antihistamine, Acetaminophen etc.  Don't let your body temperature rise excessively - suppress the symptoms and you should be fine.


Terrible Statistics
Note that the statistics seem very bad, because most people are not tested.  Large numbers of people only develop a very mild case of it and don't even know they had it, so there are many more infected and recovered/immune people than the initial statistics indicate.  Also, people who do multiple tests, get counted multiple times.  Therefore, the actual death rate is much lower than it appears to be in exaggerated newspaper articles.

Maybe they know how to count in Germany: https://www.theguardian.com/world/2020/mar/22/germany-low-coronavirus-mortality-rate-puzzles-experts
However, they have absolutely no clue how to count in England.  Doctors and nurses seriously failed the 3rd 'R': https://www.bbc.com/news/health-53443724
In England, if you ever had Covid19, then when you die, even if it is 100 years later, it will be counted as a Covid19 death.  According to English statistics, Covid19 has a 100% fatality rate - Brilliant!

If it really puzzles real experts, then how expert are they?

The actual world Covid19 death rate appears to be between the Homicide rate (half a milion) and the TB rate (1.5 million).  Malaria, heart disease and Cancers are 10 times worse.
In some countries, the Covid19 death rate is below the homicide rate!
My conclusion is that the main reason for the Corona scare, is WHO officials trying to justify their salaries.  However, the upshot of the Corona scare and travel restrictions, masks, gloves and sanitizer, is that it will improve the Influenza and TB problem as well, but it is ruinous for the travel industry.
Yes, Covid19 is a serius disease, but there are much more serious diseases that require urgent attention.


If you don't believe me, will you believe a Nobel prize winning scientist?
https://www.jpost.com/Israel-News/Nobel-laureate-Israel-will-have-no-more-than-ten-coronavirus-deaths-621407


Cruise Ship Epidemic Reality Check
The Diamond Princess cruise ship was marooned off the coast of Japan for weeks and newspaper reporters were going crazy about how this was a Petri Dish, the Quarantine Failed, Everybody would be infected and 6 to 8% would Die.  Fortunately, reality was different:
No matter which numbers you divide by which, 6% it ain't.  More like 0.05% mortality - two orders of magnitude less than the hyped numbers. On the Grande Princess, 1 passenger died, out of 3500.  According to the skewed Italian statistics, you are much safer on a 'Petri Dish' cruise ship, than in Milan.

It also indicates that the natural immunity of the population could be around 85%, because people encountered this 'new' virus, or a close cousin of it, before.

Another amazing statistic emerges when you look at the number of deaths per country, across Europe.  There seems to be a line - more or less following the old Iron Curtain - with high rates of death in the west and remarkably few deaths in the east - two orders of magnitude less.  People of the former Soviet Union and its satellite states appear to be mostly immune to this virus.  Slovakia in Central Europe so far has only 29 deaths in total, while another small western country Belgium, has 200 deaths per day.  What is the reason for this stark difference?  It could be the immunization regime and more specifically the BCG vaccine, which is saving Central and Eastern Europe.

You won't see simple reality checks such as the above in a newspaper.  The editors are not stupid and know they are exaggerating things, but won't admit it, because good news doesn't sell papers.


Lockdowns Don't Help Much:
"we do not find significant evidence that social distancing has resulted in a reduction in the number of daily confirmed cases."https://www.medrxiv.org/content/10.1101/2020.04.27.20081836v1.full.pdf

Sweden, Taiwan, Belarus and Brazil are right and everybody else are wrong, but the WHO and their cronies will never admit it.


Corona: Ceep Calm and Carry on, the Taiwanese & Russian Way
In Taiwan, they just increased the hygiene cleaning protocols, wear masks and gloves and otherwise carry on as usual.  Belarus, chose to do nothing different and suffered only a few hundred deaths.  There are no shutdowns and general destruction of their economies.
Prez Alexander said: "Belarussians are strong".  (400 people passed away due to Covid19)
Prez Vladimir said: "Russian health care is better than in other countries".  (12,000 people passed away due to Covid19)
When confronted by a western journalist in a Hockey arena, Prez Alexander commented:
"This place is a giant refrigerator.  It is cleaned before a performance.  The air is filtered.  In a public space, we cannot do better!"
It is indeed a very sad reflection on the sorry state of basic hygiene and health care in Western Europe.
Ordering people to stay at home in small crowded apartments;  Closing down parks and beaches, so they cannot get fresh air and excercise;  Closing down sports venues with HEPA filtered air;  All these are such mindless, counter productive health care moves, that O'l Florence Nightingale will be turning in her grave and wonder what went wrong with health education over the next 100 years, because it sounds like the Inquisition came back and burned all the Nursing 101 handbooks.
Its Over
In the USA, the SARS-V2 disease is now burning through the healthy part of the population.  That will carry on, until there is a vaccine.  The death rate is independent of the infection rate and remains near zero.
Spikes in the infection rate is caused by increased testing.  If there would be an increase in IQ tests, then there would be a spike in morons also.
https://www.cdc.gov/nchs/nvss/vsrr/covid_weekly/index.htm 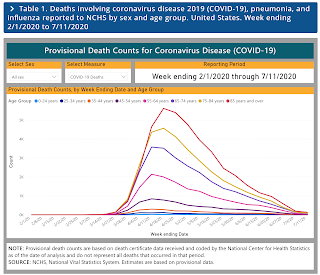 The graph shows that all the hand washing and hand wringing, masking and economic destruction, did practically nothing to the spread of the virus.  All the highly vulnerable people sadly passed away early on.
The problem now is that the hysterical TDS afflicted media will not publish this graph.  It means that the reporters have to go out and look for the next catastrophe and that sounds like work, so they rather concentrate on the infection rates and wild speculation about future deaths, which don't want to spike, but which remains more exciting.
T-Cells vs the New(?) Corona Virus
T-Cells vs the Non-Novel Corona virus:https://www.bbc.com/future/article/20200716-the-people-with-hidden-protection-from-covid-19

OK, so 40 to 60% of the general population are already partially immune to this virus.
Oops... Sorry, that goes against the official narrative, so just to fix that for you:
Millions wil die!
There will be bodies lying in the streets!
Orange man bad!

The Venice mayor said the city is flooding due to Climate Change:
https://www.bbc.com/news/world-europe-50401308 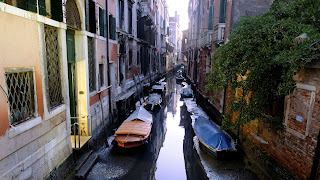 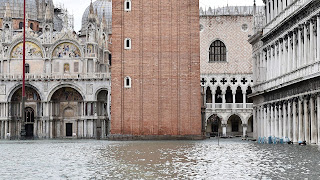 The city of Venice is sinking into the muck at a rate of 200 mm per century - 14 centuries ago, when the cathedral was built, it was 2.8 meters higher than it is today and this 1.8 meter flood would have been 1 meter below St Marc's square.  Eventually Venice will be destroyed, so do visit it while it is still there, but the real reason for the sinking is geological plate tectonics - ditto for New Orleans.


Do you remember the pictures of the poor starving polar bears due to Global Warming? 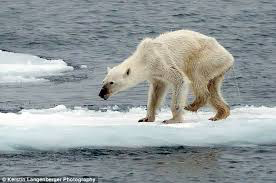 Churchill now has a polar bear jail, due to the bear population explosion:
https://www.npr.org/2013/02/02/170779528/the-inconvenient-truth-about-polar-bears
And the Arctic sea ice steadfastly refuses to disappear:
https://www.youtube.com/watch?v=ypFgq-66dvI
In Canada, most people simply call the extremes Winter and Summer...


What happened to Global Cooling?

Ewing and Dunn worried about the next Ice Age:
https://harpers.org/archive/1958/09/the-coming-ice-age/?single=1 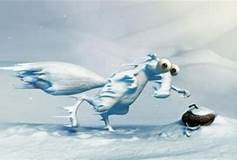 We will probably eventually have an ice age, since they seem to happen every 20,000 years or so (due to the earth wobbling and the sun pulsing a tiny little bit).  It will destroy the whole planet surface, but I'm not going to worry about it.


David Suzuki is a Bio-Tech Sceptic and a Global Warming Alarmist:
https://www.youtube.com/watch?v=3XHHkKcpt8E

His daughter (a.k.a. Greta T the 1st) agreed with him on most things:
https://vancouversun.com/news/local-news/before-greta-there-was-severn-the-b-c-girl-who-silenced-the-world

On the whole, global warming is much better than global cooling and another ice age.   Beach front property in Canada and Russia may become very popular thanks to global warming.  You should buy a plot now in Innuvik or Yakkutsk before everyone else clues in and prices go up!

In contrast, an ice age will erase all traces of mankind from the planet.


Heat Trapping Trace Gases
If CO2, which is all of 0.0004 (Zero for all practical purposes) of the atmosphere, is such a fantastic greenhouse gas, then it should be brilliant as an insulator between double glazing, right?

Dozens of species are going extinct every day!

Err... that is, 14 so far this century - almost one per year:
https://www.csmonitor.com/Science/2015/1022/14-animals-declared-extinct-in-the-21st-century/Pinta-Island-Tortoise-Chelonoidis-abingdoni-2012 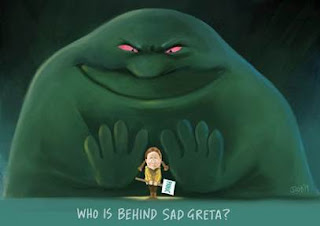 At least, there are no hair dressers or fashionistas behind her.  It is just her mother exploiting the poor girl and pushing her alarmist books.  Someone should please give her a Towel. 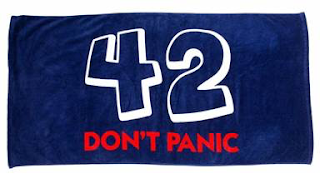 ...and this one also:
https://www.youtube.com/watch?v=ypFgq-66dvI

Well, it feels fine outside to me and I live in the desert (actually it is raining and my normally red sand front yard is overgrown with greenery!), so, please stop scaring the children.

At the risk of spreading calm, some more wonky predictions that didn't happen:
https://www.youtube.com/watch?v=ftmkgsrfDNs
Tomorrow and 20 years from now, we will be fine!

Herman
Posted by Herman J.H. Oosthuysen at 8:23 AM